Beauty Problems Which Can Be Fixed By Using Castor Oil 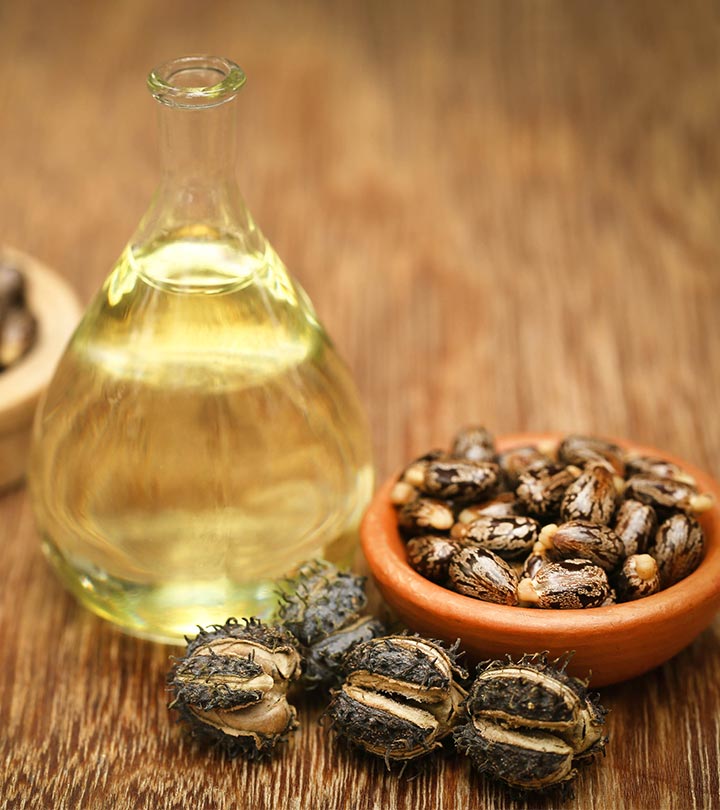 Did you know that among many of Cleopatra’s beauty items, Castor Oil was amongst the very best? Egyptians used to love the seeds of castor because of the laxative properties of these seeds and also because of being used as a beauty item and a medicinal one too back in the 1552 BCE. For those of you who wish to avoid the chemical products for treating some of the commonly occurring beauty problems, then you need to use castor oil daily.

Today we are going to let our readers know about some ordinary beauty problems which can be fixed by using castor oil.

Skin that tends to be too oily can trigger an acne attack. Most of the beauty products that are in the market, there use tend to make the skin oily in order o moisturize it which can lead to acne. While when one sues the castor oil, the fatty acids of the oil help the skin to restore its own natural moisture. The best way to use castor oil on the face is to apply it on the skin in circular motions and let it applied for the night and rinse in the morning with warm water.

Be it stretch marks on skin or the burns from the sunburn; all kinds of scars and burn signs can be treated with some castor oil being applied to the affected areas daily. Castor oil is known to have antimicrobial properties which are beneficial for blood flow. It also happens to be one of the key ingredients used in sunscreen products because having an SPF value of 6.

Applying the castor oil on hairs provide hem nourishment from outside to make them flexible as well as reduces the hair breakage. It also makes the hair roots much stronger than before which further presents any type of hair loss. This is mostly thanks to a compound in castor oil called Ricinoleic Acid. It also helps to reduce dandruff symptoms.

Gently massaging your scalp with few drops of castor oil a few times each week can help hairs be strong and healthy.

If you start experiencing aging signs like wrinkles on the face, then you should apply some castor oil over these areas in a massaging manner.  It helps to promote the production of collagen, which is necessary for healthy skin and slows down the aging effects. Due to the fatty acids found in castor oil, the affected skin area also remains hydrated and supple.

In the winter, most people often suffer from chapped lips and the best remedy to take care of it is to apply some castor oil. Simply take a few drops of castor oil and rub them over your chapped lips. It is packed with ingredients like Vitamin E, minerals and other fatty acids which help to heal the area for restoring the skin’s balance. It can be applied on the lips directly with the finger.

Castor oil which is renowned for its moisturizing properties not only nourishes the dry skin but also hydrates the scaly skin areas.  It also helps to treat the calluses off as well as treats cracked heels.

Mix a few tbsp of the castor oil in the warm water and only soak your feet in this bath. The mixture will treat these calluses by acting as a natural lubricant for the scaly skin.

Dried up and cracked hands

Castor oil’s natural moisturizing properties make it one of the best remedies for the treatment of dry hands that suffer from cracks in conditions like Eczema or in the cold weather. The ricinoleic acid; one of the oil’s fatty acids acts as a first layer on the skin to prevent any further water loss while also moisturizing it.

Mixing the castor oil with other oils like coconut and almond oil creates a hydrating boost for the skin.

A study has proven that the use of castor oil on hairs promotes hair growth as well as makes them strong and the same goes for the hairs of eyelashes. Like we know the most beneficial fatty acid of the castor oil is Ricinoleic acid which is known to have high levels of the inhibitors like Prostaglandin D2 and triglycerides which not only keep the eyelashes moisturized but also prevents their hair loss.

Despite the use of castor oil for promoting hair growth is in the anecdotal stages, there are still many cultures that claim that the daily use of the castor oil promotes hair growth as well as keeps them healthy and strong.

The best way to use castor oil for hair growth is to massage the scalp and afterward rinse it by shampooing and warm water. The omega-6 fatty acids and the ricinoleic acid case boost tot eh blood circulation in the scalp region which then enhances the growth of hair.