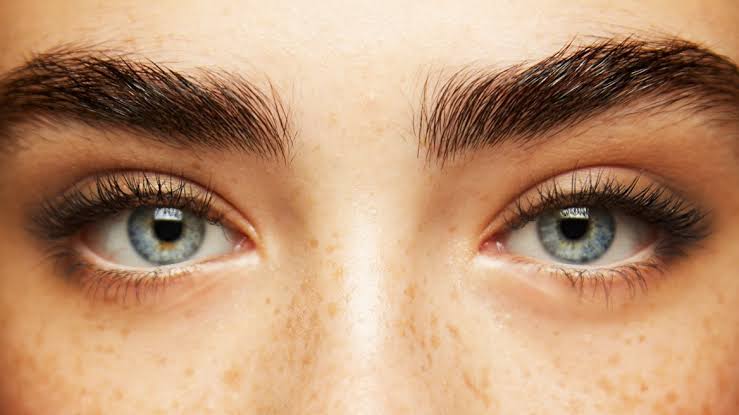 The human body is truly a wonderland that has been created by Mother Nature. Do not believe us, just take a look of yourself n the mirror and you will find many features of your body that you have no idea what they serve the purpose for. Some of them include the body hairs that you often shave when they overgrow. As it turns out, nothing on the body is for granted each feature of the body has its own function.  Like these hairs on the body are to help people attract a mate for them. All of the bodily features be it moles, eyebrows or some other ones, they serve their own purpose in one way or another and they are for the betterment of our human life. Some of these features might actually surprise you if you know about them.

Well, as it happens to be, we know a little about some of the body features and their intended purposes. We would like to share this knowledge with our readers today. So let’s get on with our article for today, “Body features with real purpose now finally explained.”

Quite a large population of human beings has one or two moles on either their face or any other part of their body. Well, what is a mole? The mole happens to form when the cells of the skin start growing in groups instead of spreading across the entire skin.  Most moles are harmless but in some cases, they can be the sign for the problems that are starting in your body. Sometimes, they are indicators for malignant and deadly diseases like Cancer.

There is a method called Mole mapping which is used for keeping track of all the changes of a mole so that cancer can be caught in early stages to save the person’s life.

The major function for body hairs is to release the pheromones and these hormones released by body hairs are to attract a potential mate as per one study. These hairs also include the armpit hairs whose function is to give off various odors. Just like in the nails, different people have different kinds of odors that are used by the body to attract others towards them. This might be the reason that some people love to smell the clothes of their partner.

Wisdom Teeth happen to be the 3rd set of teeth that grow in nearly every person’s mouth. The function of this body feature is explained to be a long forgone one. Our ancestors used to have these teeth which they needed for munching on the tough foods such as the leaves, meats, nuts, and roots. These teeth were stronger as compared to others when eating these tough foods. So these wisdom teeth are the backup teeth.

As per a study, eyebrows are extremely necessary for a person to have if he wants others to recognize their face. A study was conducted in which participants were shown faces of famous people without their eyebrows. Participants were only able to name these celebrities 46 percent of the time.

Toenails and fingernails are present as a body feature to protect the nails and toes from getting serious injuries. These nails also offer a better grip for a person and also to cut a few certain items. Also, whenever a person feels an itch; they are the handy ones in scratching.

But the real purpose of this particular body feature is that nails are a window of the person’s health. If the colors of the hands and feet nails are not of the right color, this can alert the paramedics and the doctors in emergency cases to realize that something is wrong.

The uvula is known to be that tissue of the teardrop shape that can be seen hanging on the back of every living person’s throat when they open their mouth wide.

The interesting fact about this body feature is that it only exists in human beings. As for its purpose, it is supposed to help us drink while bent over and also aids in speech.

You might think now that the leg hairs are something that you can absolutely live without but for our ancestors this was not the case.  They had to have these hairs because they kept their legs warm to some extent as they had no clothes to wear at that time.

When it gets cold, the small muscles near the legs stimulate the hair follicles on legs that cause them to stand up and this traps heat more than usual. Think of this as a natural blanket of the human body’s legs.

What is the Appendix? It is that small pouch near which the small and the large intestines all meet. An appendix has been considered as a useless part of the human body for a very long time but its real function is to protect the good bacteria population residing in the gut.

If a person suffers from diarrhea, the good bacteria residing in the appendix tend to keep the person’s body healthy.

Freckles, also known as the ‘Angel Kisses, are caused by either genetics or extreme exposure to sunlight. Freckles normally appear in people who have light skin. The light-skinned people get these freckles the same way as people get tanned from getting exposed to sunlight too long.

The reason for getting freckles from sun exposure is that the body tries to protect the skin from the damage itself. Think of these freckles as the natural sunscreen by the body against the UV rays.

Mustaches and beards are not the ordinary facial hairs that often define a male’s facial features. One study suggests thinking the mustaches and the beards to like a mane of the male lion.

The other function for them is considered to act as a type of camouflage that can protect the fragile part of the jaw.