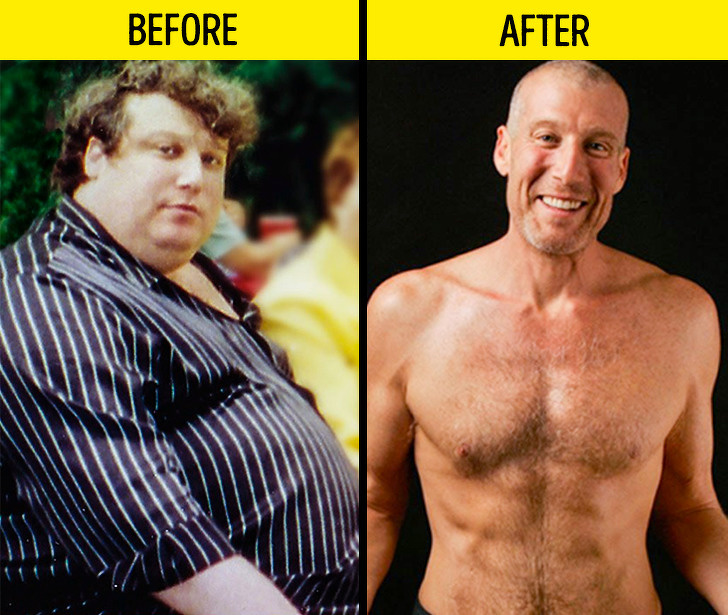 John Gabriel is the name of a Wall Street Broker who miraculously lost 220 pounds of excessive weight. He achieved this feat without doing any intense training o following a strict diet. His secret to losing weight is mainly fighting stress and regulating one’s hormonal balance in accordance with their body.

According to John, overeating is not the cause of gaining weight instead it is the result of emotional issues a person suffers from.

Today we share with our readers the eating and lifestyle tips from a wall-street broker who lost 220 lbs without diets.

He gave up on dieting completely

John in his studies found out that his body was not having important nutrients like proteins and Omega 3 fatty acids. Other than that he found other such items that his body need and provided it all to his body. He found out that the body normally prefers food enriched with vitamins and minerals.

He made his digestive system work properly

One main reason according to John is the lack of nutrients that can lead to “maldigestion”. Whenever the digestive system of the human body suffers from digestive disorders; it leads to gaining excess weight.

John started eating fermented foods as well as taking probiotics. According to John most beneficial foods in this regard are as follows.

He addressed his emotional issues

Most people do not lose weight due to emotional trauma as well as feelings of being unprotected. People subconsciously feel protect with more weight. To this phenomenon, John calls it “Emotional Obesity”.

Instead of sing weight as his emotional armor, John started visualization to stop his inner demons. To start off he started meditating and visualizing an ideal body. All this mediation and visualization actually helped him lose weight faster.

He got plenty of sleep

If a person does not have enough sleep, they suffer from increased cortisol levels that in turn increase the urge for junk food. One John tackled his sleep apnea problems after consulting a doctor; he started having good quality timely sleep that reduced his urges for junk foods like pizza and sweets.

He reduced his mental stress

Mental Stress is basically like any other stress that results in the human body to experience hormonal changes that in turn lead to the body getting fatter by the day.

With techniques like meditating and visualization, John managed to tackle his stress sand tensions permanently. This not only made his excess weight drop but also make him happier than he ever was.

Recommended techniques from John to tackle stress are as follows.

He began to lead a peaceful lifestyle

John moved away from his big house and started living in a small house. This not only lessened his expenses but also made him content and happy. In this simple house, he also started growing his own vegetables and fruits in order to eat organic.

With visualization, he developed a distaste for junk food and started to eat home cooked healthy and delicious meals.

He nourished his body

John lost his 180 pounds very quickly but the remaining 40 pounds were a great hurdle for him. In order to dispel that last 40 pounds, he started eating superfoods like the following.

To further speed up this last 40 pounds weight loss, he drank much of the lemon water.