Foods That Can Make The Body Smell Fragrant 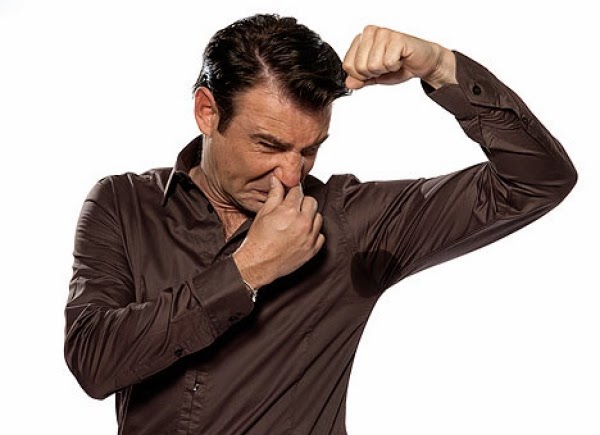 Has it happened to you that you suddenly feel uncomfortable with the smell of your won body? Well, we are sure that I might have happened to you more than once. Having eh odor emanating from your body can be really embarrassing for a person. While the smell of the body is a genetic thing but it can still be influenced by the foods and drinks that we often consume.

Today we came up with a list of food that can affect the odor of the body. This is why today we have come with a list of foods that can make the body smell fragrant. Find out below in our article as to which foods and drinks are great for consumption before going out.

Water instead of beer

Drinking water is an excellent choice for hydrating the body as it flushes the toxins out of the body that can result in foul body odor.

As for drinking the beer or any other alcohol beverage might be a good way to party and relax, it results in the body to emit a very foul odor. The reason is that for some people’s body the alcohol even tends to seep out from their skin pores and causes the foul odor.

Yogurt instead of milk

Yogurt contains active cultures of bacteria such as probiotics which are known for their ability to suppress the sulfite compounds which cause body odor. The vitamin D found in yogurt helps to fight off the bacteria that create a foul odor in the mouth and reduces the risk of bad breath.

As for the milk, it has in it a compound called Choline which can result in the nasty odor of the mouth and body.

Lemon juice instead of wine

For some drinking glass of their favorite grape wine might be a great way to enjoy the evening, but the hangover of the wine is not the only side effect of it. In the morning the person might experience strong stench emanating from their body.

Instead of drinking wine or other alcoholic beverages, a person should opt for drinking lemon water. Lemon not only helps detoxify the body thanks to its antioxidant properties but also flushes out the harmful toxins from the body that can be detrimental for human health.

Herbal tea instead of coffee

For most people drinking coffee in the morning and in the evening might be an energy filling option but that is actually not that great. Coffee and other caffeinated drinks tend to not only make a person addictive of them but also result in their body to produce an acrid odor.

As for the alternative, you can try drinking herbal tea which is enriched with antioxidants ad if the body has a lesser amount of oxidants, it means fresher body smell.

Apple instead of cauliflower

Apples are known to have natural and strong detergent properties which allow them to fight off against bad breath.

As for cauliflower, it is enriched with Choline that is a Vitamin B like a compound that can result in the body to have foul body odor.

Orange instead of pumpkin

On the other hand, Citrus fruits not only smell great themselves, but they are also easily absorbed by the human body. Eating citrus fruits in a moderate amount can help the body smell better after some time.

Cinnamon & Cardamom instead of onion & garlic

Cinnamon and cardamom have been used since ancient times to make the food taste sweet and sell better but that is not their only use. Their consumption can also allow a person to emanate sweet smell from their body and easily from their mouth which is really lasting.

On the other hand, there are items like onions and garlic which are enriched with sulfur compounds of organic nature that might be metabolized by the body but are secreted from the skin pores. The elimination via skin causes the body to produce a really pungent and foul body odor.

Celery instead of asparagus

Celery helps the human body in releasing the natural pheromones which can help a person feel much more attractive to the person of the opposite sex.

As for the Asparagusic acid found in the Asparagus, it tends to metabolize into sulfur-based compounds which can result in the body to have a nasty smell.

Whitefish instead of red meat

Keeping a safe distance from eating red meat has its own olfactory benefits. As per a study, women perceived the body odor of men who had not eaten red meat for a few weeks much more attractive as compared to the ones than had consumed the red meat.

The study also decided that consumption of white fish meat does not emit the same foul odor as the one emitted after eating red meat. So our recommendation on a dinner date is to odor white fish meat instead of a red meat dish.

Fenugreek seeds instead of pumpkin seeds

Fenugreek seeds are not only helpful in adding the digestive process but also to reduce the amount of the body odor created by the body by flushing out any harmful toxins.

As for the pumpkin seeds, like the pumpkin itself, it contains a high content of Choline which is notorious as a chemical agent for creating foul body odor.

At the end, we must still tell you that while we have said that the above stated some foods result in body odor, they still have their own nutritional value for the body. Eliminating these foods and drinks from your diet might not be a good thing. However, a person can still eat all the fruits vegetables and drinks in a moderate manner.