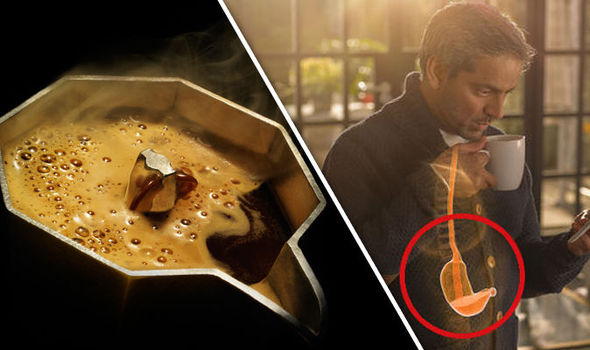 There is a common belief among the populace that it roughly takes 21 days for an activity to become a habit. However, a researcher named Philippa Lally along with colleagues at the University College in London found proof that it takes nearly 66 days for an action to become something like a habit and a person does this habit without even thinking about it. Getting rid of such habits can actually take a lot longer than one thinks. Still, if human health is concerned, one should take all the necessary steps and caution for getting rid of such bad habits.

Today we found a lot of common habits that would be best for anyone to leave them. So have a read of our article titled, “getting rid of these everyday habits is better for one’s well being”.

Putting feet on the car’s dashboard

Most of us love to sit in the vehicles whatever way we feel comfortable and this often involves sitting with having one’s feet placed over the car’s dashboard.

The reality of this action is that it is an extremely dangerous one. Not only is it one of the horrible positions for the spine while sitting in a vehicle, in case of an accident, there will also be a thing that will occur ad is known as Braking. This means that if a car stops suddenly, then the knees will hit the face of the person with their feet placed on the dashboard. This resulting collision can lead to the jawbones getting fractured and the recovery of this accident is really long.

After taking a shower, it is almost a common habit of everyone to open the shower curtains and then dry yourself with a towel and hang them on the towel hooks. But what you might not know is that this is an unsanitary condition. Bacteria tend to expand really easily in the wet towel’s crevices and also the mold tends to grow in the folds of the wet shower curtains.

This is why we recommend drying the wet towels fully expanded as well as stretch the shower curtain after taking the bath so it can dry up properly.

Drinking coffee on an empty stomach

Most of the people around the globe start their day with a hot cup of coffee before eating anything. The problem with this habit is that while drinking coffee has its benefits, there are some downsides to it as well. One of these negative side effects is that drinking coffee on the empty stomach might lead to digestive system disorders and heartburn.

As per doctors and nutritionists, a person must drink coffee only after having proper breakfast or better yet, drink it in the middle of a day.

When watching a film or a TV show, most of us have a habit of grabbing that big bowl of salty popcorn but this is actually one of the bad everyday habits that most of us have.

However, it is not difficult to get rid of this habit. As per dentists, eating popcorn on a periodic basis tends to destroy our teeth. Small particles of the popcorns tend to get stuck in-between our teeth and they are really hard to be get rid of. One must also consider that popcorns are really high in fat.

Leaving a bottle of water in the car

If anyone of you has a car, there is a high chance that you might also keep a water bottle inside the car. You might have the water bottle for cases like emergencies or because of taking care of your water intake, you should still keep in mind, that this is a very bad habit.

This habit can be externally dangerous especially during summer. The reason is that the water in the water bottle acts as a lens and in case the sunlight reaches it in a dark surface, it can result in fire.

The chance of having a fire started in your car from a water bottle might be low, but caution is better than being careless.

For those who have suffered from pimple outbreak, they always recite to other a rule stating, “Do Not Po the Pimples”.

A pimple is caused when excessive oil tends to clog up the skin pores. This is when the process of inflammation starts. If a person is healthy, the body fights off these bacteria with white blood cells and the area of the pimple turns to red color. When a person pops their pimple, the pores on its sides also get damaged which causes the sin to be more susceptible to the bacteria. If the hands of the person popping a pimple are dirty, their wound can also get infected.

Taking vitamins that have biologically active additives in them

There is this common belief that taking Vitamin C on a regular basis keeps the risk of catching a cold to a minimum or that BAAs (biologically active additives) can help replace treatment from a medical professional.

But what people might not know is that if a person has the right diet, their body does not need these external vitamin sources as the food eaten provides it. Vitamins are only for those who suffer from conditions like Vitamin Deficiencies.

Placing a charging phone under the pillow

Placing a charging phone under the pillow can result in fire. This is because charging phones tend to get really hot. While smartphones have been improved, they are still devices with batteries to rely on for working and these batteries increase the temperature of the device. This heated up the phone can often cause the charging cord to catch fire and if a person has placed their phone under the pillow, they can risk their well being.