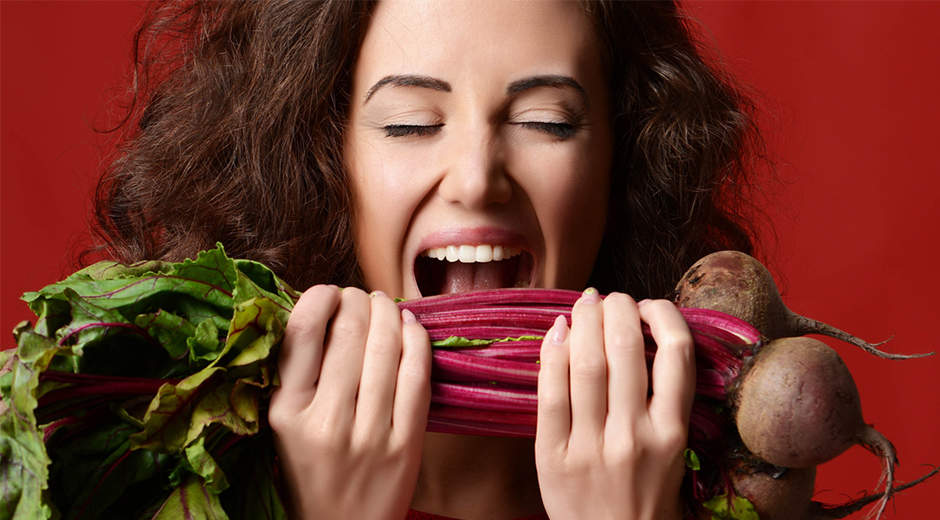 Since the time people got to know that the Mediterranean was a proven healthy diet plan, people have also started to know the importance of food and its effects on health. Unluckily, all of this latest buzz about the new habits of diets has led to the increased consumption of a single food product. But what no one might know for sure is that these so-called superfoods, can while offer the nutrients and other health benefits, they can never provide all of the health effects and nutrients to the human body.

This is why today we decided to educate pour readers a little bit about their food habits. We bring to you a list of healthy foods that no one should overdose on.

Carrots are known to be enriched with the beta-carotene which the human body can naturally convert into vitamin A. there is no such thing as the excessive levels of Vitamin A in the human body. The reason for this is that the body only converts enough beta-carotene into Vitamin A as its needs. But there is still one side effect of the excessive levels of beta-carotene in one’s body and that is to have a condition called Carotenemia. This is a disease that turns the person’s skin to appear yellowish. Although the condition decreases as the carotene in the body is used up for vitamin A production and does not cause any harm, it still is a nasty condition to have.

Kombucha is the ancient Chinese drink that has gained popularity among all of the millennial foods items as it is packed with many digestive benefits as well as helps increase the population of gut bacteria. But this Kombucha also contains in it a compound called FODMAP, which is the byproduct of the yeast’s fermentation. If this compound is consumed in excessive amounts, it can lead to conditions like digestive distress as well as balloting.

While drinking plenty of water is good for one’s overall bodily health. This still does not mean that a person should drink too much of it. Drinking too much water causes the electrolyte imbalance which causes the sodium levels in the body to drop down. This can, in turn, lead to the kidneys not process those sodium levels properly. Another extreme case consequence of drinking too much water is that water tends to start accumulating in the human brain which causes the brain to swell up and also increases the pressure on the skull as the skulls cannot stretch.

Although this happens very rarely in humans, there are still cases where it is most prominently seen among the athletes who have compulsive habits of staying hydrated. This usually occurs after their long training sessions or in the people who suffer from kidney disorders.

Avocados can undoubtedly be called Superfood because of the fruit having high fiber content as well as a vast amount of vitamins. This fruit also helps the person deal with lowering their LDL, the bad cholesterol and helps maintain the cells due to its high content of the monosaturated fats. However, fat still remains, although little in volume, in the body. A single avocado is packed with about 240 calories which are nearly 10 to 20 percent of the person’s daily calorie intake. If the body ingests too many calories a day, it can lead to conditions like clogged arteries. This is why it is recommended to eat only one raw avocado fruit and refrain from eating things like avocado chips.

Beetroot is also one of the great sources of minerals and vitamins. Beetroot contains numerous nitric oxides that are converted into nitrates by the body to lower the blood pressure. These nitrates are then also turned into nitrosamines which are often found in meat. This means that too much consumption of the beetroot can increase a person’s chances of developing digestive problems and blood pressure problems. This is why it is a good idea to avoid combing the 2 foods with high nitric acid content; red meat and beetroot.

Seaweed is one of the fine examples of the non-animal food products which are packed with Vitamin B-12. This makes seaweed to be an ideal substitute for the vegans in place of meat as well as a great food product in any vegetarian diet. Often seaweed is promoted as the Superfood as it is thought that it can help the person lose weight all because of its high fiber content and iodine levels.

But what one might not know is that high iodine levels can lead to thyroid disorders and quite ironically in weight gain. Seaweeds are also known to have in them high content of heavy metals which is dependent upon where these seaweeds grew.

Soy and its derivative food items are known to be rich with nutrients like the following.

Soy is also known to be a complete protein as it packs in it all of the 9 essential amino acids which body is unable to make.

However, if a person has changed their diet quite recently due to their thyroid problems, then they must be aware of the fact that soy can interfere with their hormone medication. This is especially crucial for ladies to know who are taking hormone medications for treating Hypothyroidism.

For quite a long time, Chia Seeds have been sold to masses as the superfood because of their enriched Omega-3 acid content; there is still no evidence that supports the health benefits of Chia Seeds especially if a person is suffering from cardiovascular diseases.

What Does Exfoliating Do For Your Skin?

How to ace the sweat-proof summer look

What Does Exfoliating Do For Your Skin?

How to ace the sweat-proof summer look

2020: A Reflection of a Year in Dentistry

How can you help yourself out of burnout?