Hidden Reasons To Why A Person Sweats Profusely 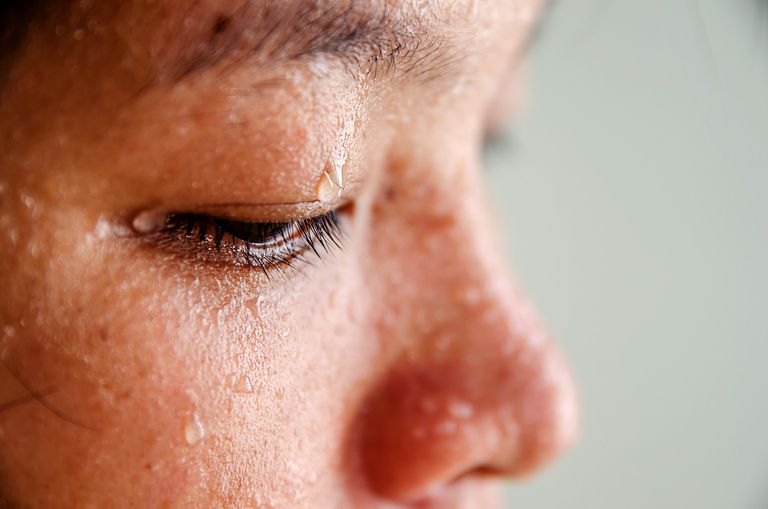 The case of excessive sweating is not something harmful to health given the reason for it like the hot weather or heavy exercising. During these situations, the body is carrying out the simple and natural process of the body known as Thermoregulation. But if there are conditions where a person finds himself sweating but others are not then there might be some hidden causes to it.

We have figured out some of these hidden causes and if any of you seem to find suffering from these reasons, then you should go see a doctor ASAP. So have a read of the few hidden reasons to a person sweating profusely.

Scientists have classified sweating into 2 general types one is called the focal one while the other is called generalized. The Focal sweating or medically known as Focal Hyperhidrosis is the condition that causes the body to sweat from certain parts of the body and it also occurs usually in pairs such as the palms of both hands, soles of the feet, in the armpits and on the face. While nearly everyone sweats on those places, it would become a troubling as well as an alarming thing if thes4e body parts are often sweaty.

Scientists are unable to determine the exact cause of the Focal Hyperhidrosis. Studies have revealed that people suffering this condition have no parent changes in their swat glands or the paramount of sweat they produce. Some hypotheses are that this may due to genetic dysfunctioning of the human nervous system that causes the body to produce sweat even when it is not necessary.

As for medical treatments of this condition, it includes medication, stimulation, surgery or Botox injections.

Excessive sweating can also be caused due to a hyperactive thyroid which means that the thyroid gland has become more active and produces the following hormones in excess that it normally should not.

These hormonal chemicals are responsible for keeping the bodily systems working at an optimal pace. With the release of too much of these chemicals, the body’s metabolism rate speeds up which can lead to not only excessive and profuse sweating but also rapid loss of weight, tremors and an irregular heartbeat.

Consumption of certain foods has also been linked to causing the thermogenic effect on the human body causing it to sweat profusely. This type of sweating is called Gustatory Sweating. Some certain foods have a strong effect on the digestive system of the body and it varies from person to person. Foods that one should not consume too often or in large quantities include spicy foods, alcohol or caffeine-based ones.

In addition to this, one other food that has been linked to excessive seating is the Indian Curry, the Indian curry contains a large number of chilies and chilies have a chemical called Capsaicin that works by tricking the mind that the temperature of the body is rising and causes the body to start sweating. As for alcohol and caffeine, they cause stimulation to the nervous system which in turn increases the blood pressure and thus sweats start to pour.

Only about 1 percent of the world population is affected to have a side effect of sweating to taking certain medications but it is still one of the causes that need to be mention here. According to the report from the International Hyperhidrosis Society, the following are the most common types of medications that cause a person to start sweating out of nowhere.

One of the early symptoms of a heart attack has been described as heavy and profuse sweating. Suddenly breaking out a cold sweat for no apparent reason along with tightness in the chest accompanied with pain, discomfort and dizziness on the left side of the body have been characterized as symptoms for a heart attack.

Just like symptoms for a heart attack, the symptoms written above can also be experienced in a person who suffers from Diabetes and the most common among them is to start sweating profusely. This type of sweating is normally caused by the Hypoglycemia which is low blood sugar level or the nervous system damages caused by diabetes and lastly due to neuropathy. All of these can lead to a person’s gland getting stimulation and they start sweating heavily.

Whenever the body experiences a certain amount of stress, the body starts to sweat profusely and it is a natural response of the body. The body sees the anxiety attack as the indicator for the upcoming damage and instead of releasing the water from the kidneys; it starts to excrete it out through the skin, so a person does not need to stop to urinate in the middle of evading danger.

Another reason is that stress causes the blood circulation to be increased which in turn raises the temperature of the human body. To cool down the bodies, sweat is the most optimal choice of action by the body to cool the temperature down.

Changes in the levels of hormones during the following conditions can also lead to someone sweating heavily.

These above-stated conditions have been proven to cause the torture of the body to rise due to the irregular levels of the estrogen and the pro estrogen. During the puberty, kids start to develop the appropriate level of hormones in their body which in turn causes them to sweat heavily.