MORE EVERYDAY ITEMS THAT HELP IN BOOSTING THE IMMUNE SYSTEM 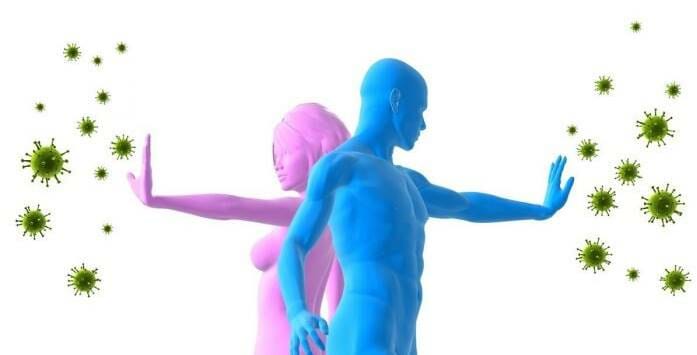 As many of you might know that all around us in the environment, it is filled with viruses as well as bacteria that are always attacking our bodies. However, it is all thanks to the body’s natural defense system that these pathogens do a little to harm our health. The body’s immune system is comprised of little white blood cells that effectively fight against these bacteria and viruses to take care of them before they spread throughout the body and cause various sicknesses.

There are certain dietary changes that one can do to actually boost up their immune system and we presented some of these food items some time ago. Now we are back with some more everyday items that help in boosting the immune system.

The most active compound in Turmeric is called Curcuminoid that has several health properties like being anti-viral and this is only one of its many properties to give a boost to the immune system.

As for ginger, it has been known for centuries due to its potent antibacterial properties that is a great plus for the immune system.

In order to make a ginger and turmeric tea, you will need the following ingredients.

Boil all these ingredients in water for about 15 minutes. Strain the solution and then let it sit for a few minutes. For taste add in either lemon juice or honey in it.

Ginger and honey can be a great compliment ingredient to be used with both licorice and Echinacea roots.

Echinacea is known to be a superpower herb due to the pants natural property of boosting the immune system.

As for licorice, it is more than just a sweet candy. The licorice root actually has the following properties.

All of these properties of licorice root make it a great regulator for the immune system.

For making a tea out of the Honey, ginger, Echinacea and licorice roots, you need following ingredients in their respective quantities.

Add Echinacea, ginger and licorice root in water and boil them on low temperature for about 45 minutes. Strain the liquid and let it cool down for few minutes and afterward, add the honey in it.

Echinacea, as we said earlier is nicknamed to be the Superpower Herb due to its potent immune-stimulating properties. There is a wide range of Echinacea roots but only followings have been regarded as the most effective ones.

For those who are looking to make an Echinacea tincture, be sure to choose any one of the above-stated ones.

The ingredients needed for making this tincture are as follows.

Place the Echinacea roots in a jar but do not fill it to the top.  Then pout over it some Vodka and then let there be a little bit room for the roots to be swelled up. Seal this jar for 5 weeks and shake it every few days. After the 5 weeks time, strain the liquid and store it in another jar. Use this tincture when a person suffers from cold. Be advised to only take 3 tsp each day.

Andrographis is an herb that has been in Chinese and Indian medical practice for centuries. The reason is that the herb is effective in treating cold and flu symptoms and also acts as a preventive supplemental item.

Nowadays, Andrographis can be found in the form of pills and capsules. It is best advised to take this herb in either its raw or capsule form in moderate amounts.