Signs That You Suffer From Gluten Sensitivity (Part 2); How To Treat It 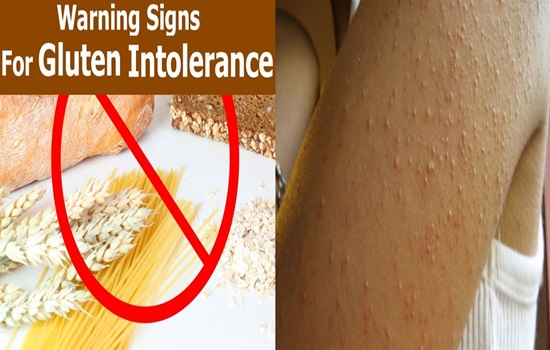 Hi ladies, we are back with some more information related to the gluten sensitivity signs.  This time we are not only going to mention the signs that you suffer from gluten sensitivity but also a few ways on how to treat them as well.

One of the major disadvantages of having gluten sensitivity is that the digestive system and more importantly the intestine of the digestive systems get impaired in their normal functioning. Impaired intestinal functions lead to lesser absorption of the mineral elements that are needed by the human body. This lesser absorption also means that lesser calcium absorption which is an important mineral for the strengthening of the bones and teeth. This slow calcium absorption by the body can lead to problems of teeth and the oral cavity like the following.

For those ladies who still feel that their oral health is declining despite proper dental care, then this might be a sign of gluten sensitivity.

Iron Deficiency that leads to Anemia

It is quite often that the diagnosis of the Celiac disease is diagnosed by the underlying iron deficiency induce Anemia. The symptoms in case of such anemia are as follows.

Majority of people that have suffered from autoimmune disorders, they also suffer from gluten intolerance. Take for example an autoimmune disease like the Celiac Disease in which the intestines of the digestive system are attacked by the body’s very own immune system and on top of that after gluten enters the body.

The problem if not treated timely can aggravate and result in a person having an increased risk of developing more autoimmune diseases like the following.

How To Treat Gluten Sensitivity

Well, the treatment we present is not more of treatment rather than the helpful tips in treating Gluten Sensitivity.

First off, go to a doctor and have them do a blood test to check for antibodies that are usually present in the blood of those people who suffer from Celiac disease. It is necessary to add in some gluten in your diet before you go in for a blood test; otherwise, there is a strong chance that the results will be inaccurate.

Second is also a tip like changing your dietary habits. In this regard, a person can eliminate the gluten-based foods from their diets which are mostly present in following type of foods.

As for the store-bought food, always be sure to check if the label says “Gluten-Free” or not.