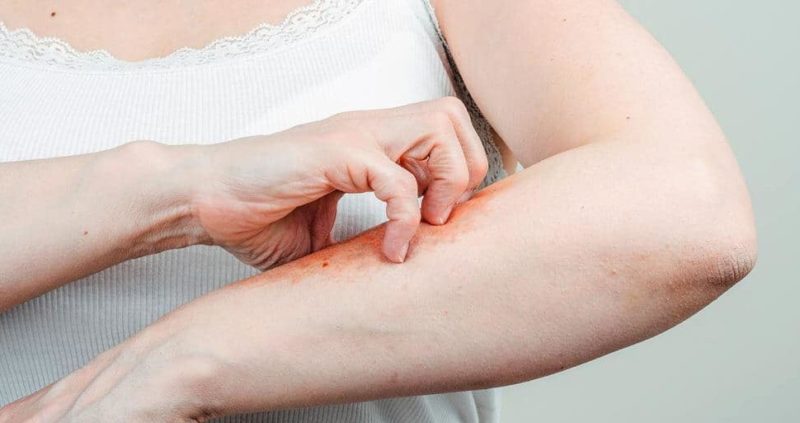 An allergy is the extreme reaction of the human body’s immune system to any substance that might not bother a number of people but affects you.

The substances which aggravate these allergic reactions are named as Allergens and some the common ones are as follows.

Most common of the symptoms which a person suffering from allergy can experience are as follows.

While there are many medicines to treat allergies, there are also some foods that a person who is prone to allergies can incorporate in their diet.

We have done the task of selecting a few Superfoods for anti-allergy.

A famed proverb “an apple a day keeps the doctor away” is very true. Eating an apple each day keeps the human immune system at its healthiest as well as keeps the allergies controlled. This is because apples are packed with a flavonoid known as Quercetin which protects the body against myriad allergic reactions. The substance works by stabling the cell membranes of the not only mast cells but also of basophiles which prevents them to release the excess amount of histamine in the body.

For healthy immune system, it is highly recommended to consume organic apples. You can eat apples as a whole or add it in your salads or oatmeal or even drink the apple juice.

Lemon is another one of the amazing immune boosting fruits to helps the body prevent any allegoric reaction. Lemons are enriched with both Vitamin C as well as antioxidants. Lemons tend to work as an antitoxin to keep the body alkaline.

Simply drinking lemon water throughout the day in moderate amounts helps to keep the body detoxified by getting rid of the impurities and toxins. A person can also consume the lemon juice by adding it in some olive oil and add it as a dressing to salads and other foods.

Another great way to boost your immune system is to add Green Tea in your daily routine as it prevents allergic reactions.

A research study confirmed the presence of a compound in Green Tea called methylated epigallocatechin gallate (EGCG). This compound works by blocking a key cell receptor that is associated with causing an allergic response in the body. In addition to this, Green tea also has the following properties that aid it in keeping allergies at bay.

For those who suffer most from allergies during allergy season, they should add collard greens in their daily diet to prevent the onset of allergic reactions. This green vegetable is packed with phytochemicals known as Carotenoids. These carotenoids work to decrease allergic reactions.

In addition to this, Collard Greens are packed with Vitamin C which boosts the body’s immune system.

It is recommended to buy only the dark-colored collard greens because they have high levels of carotenoids in them. To get the most out of these vegetables, a person should cook them in a good quality fat source such as olive oil.