Unusual Signs For Heart Disease That Are Easily Observable 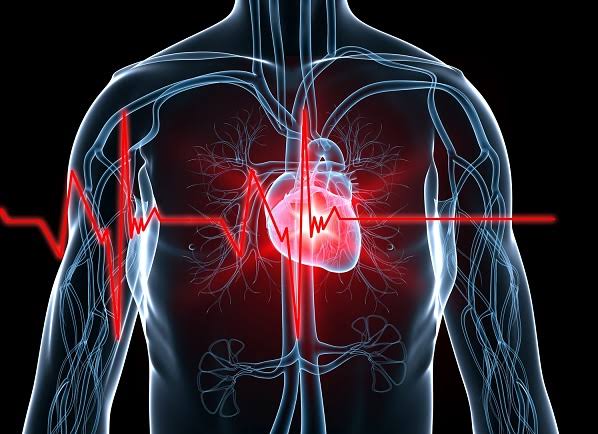 There is a joke often made by cardiologists that the first symptom of a heart attack is actually the heart attack itself. Fortunately, this is not a true fact. Our bodies tend to give out small hints about our cardiovascular health and it is very important for a person to take heed of these early signs to rule out any heart disease.

This can be like the crease on the ear or the white spots on the skin or even the excessive yawning. No matter how small or insignificant these symptoms might seem, they are still not to be ignored, to help our readers be better at seeing the signs of heart disease, we present some early warning signs.

Xanthomas is the skin condition that leads to the development of the little specks of fat to accumulate near the eyelids or on the knees, elbows and even the buttocks. While they are harmless in their own selves, these little deposits of fat are actually an indicator of cholesterol accumulation in the body. The vessels do not seem to dump this fat down and they start to show it on the skin which means that the blood vessels need the early treatment. This condition is usually associated with another blood condition known as Atherosclerosis which can lead to other heart diseases.

When the human body starts sweating, it tends to cool down by evaporating the moisture from the skin’s surface. There are other ways of controlling the human body and that is through yawning. Yawning tends to help the human body by saturating it with oxygen to reduce the temperature in the head.

If the natural process of the body’s thermoregulation starts to malfunction during the intense exercises, it leads to a person start yawning. There are numerous reasons for the failure of thermoregulation and pone of them is heart disease.

Inflammation of gums or also medically known as Periodontitis is the condition of dental health which leads to not only bad breath but also loss of teeth. However, these are not the only side effects of this disease. There are new evidences that show that there is a connection between gum disease and the heart disease.

This usually happens because of the bacteria in the inflamed gums getting inside the cardiovascular system to start the inflammation in a completely unrelated region. This is why people who suffer from periodontitis have an increased risk of nearly 20 percent to develop heart disease.

This is why it is best recommended to see a dentist at least once a month to take better care of oral hygiene.

Adolescence without suffering from acne

A study was conducted specifically on male participants that led to some really interesting results. Those males, who underwent the outbreak of acne during there adolescent years had a reduces risk of nearly 33 percent for developing heart diseases as compared to the ones who did not suffer from acne at all during their adolescent years of life. The results were explained by the fact that the hormonal activity early on in life affects the human body and its numerous systems for the best.

Length of the Ring finger

A strange correlation for the heart disease was discovered by the British team of researchers. They found out that people who have the ring finger which is significantly shorter as compared to their index finger had an increased risk of developing heart disease.

This correlation was explained via the fact that the finger length is paramount for determining the testosterone amount created during the development of the embryo and also that the hormonal systems of the body affect cardiovascular health.

Even if a person is not sick, their lips can start to turn to blue color due to hypothermia or while being at a high altitude. This tends to occur due to the low levels of oxygen in the blood and the poor blood circulation in effect of the extreme conditions.

However, if a person starts to experience blue lips out of the blue with no apparent skin condition or weather condition, then this means they suffer from poor circulation of blood. This is one of the very alarming signs for heart disease and that person needs to check with a cardiologist ASAP.

If the nails of a person start turning thick or round, then they need to pay some serious attention to it. These changes in nail shapes are usually due to cardiovascular problems and one possible explanation is that the vessels in the nails are not getting proper supply of blood. This is what is leading to increased growth of the plates of nails. This symptom of nails is referred to as Hippocratic Fingers.

The crease of the Ear lobe

Nearly 40 studies have been performed on this particular case of early heart disease sign known as the Diagonal crease of the ear lobe or also known to be Frank’s Sign. This early sign has been associated with atherosclerosis which is the disease that starts casing plaque formation in the arteries from within to hinder the blood flow.

Some newer researches on this condition led to finding that creases are in correlation with cerebral vessel disease too.

Ears are one of the prominent parts of the human body and then also tend to reveal a lot about a person’s health. A study was conducted on the correlation of increased growth of ear hair and coronary syndrome. The results led to small findings that the growth of hair from within the ear might be a symptom of heart disease. If this sign is coupled with Frank’s Sign, then the risk of having heart disease is particularly high.

People who suffer from tooth disease are at about 2.7 times increased risk of developing heart diseases. This connection has been proven by Australian researchers.

Another sign of heart disease in men is the abnormal hair loss at a rapid pace. More than 800 studies confirmed the relation of rapid hair loss in men with cardiovascular diseases. Baldness is linked with increased risk of developing incipient diabetes or sensitivity towards testosterone; both of which have a relation with heart diseases.